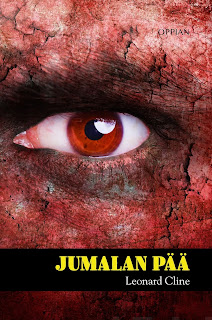 A quick note here to call attention to a new edition of God Head, translated into Finnish by Juri Nummelin, and recently published  (as Jumalan pää) by Oppian of Finland.  I can't say I understand by their cover who they think the audience for this book is, but it appears that they are presenting this book as something appreciated by readers of zombie novels. (Not I think an appropriate decision.) In any case it is the first translation of God Head into any language.

Translator Juri Nummelin has posted about it, including the text of his introduction (in Finnish), at his website here.

God Head was first noticed in Finland soon after it's original  publication, when Y.E.N. -- Yrjö Emil Niiniluoto (1900-1961), a prominent man in Finnish journalism -- published a long review in the 18 January 1926 issue of the Helsingin Sanomat. Here are some extracts from the review, translated for me many years ago by Mikael Ahlström.

A Novel about Michigan Finns

During recent months, bits of news have arrived from across the ocean, making allusion to the birth of a fiction genre with Finns as heroes. This is a new phenomenon which arouses contradictory feelings in a Finn: some sort of self-satisfaction and at the same time undefined fears that it is all the kind of rubbish as American cultural phenomena are usually considered here as well as in the continental Europe to be, counterfeit money marked with the seal of our country, proper to degrade us. We are yet rather unaccustomed to this kind of internationa­lity that, however, is sought after with might and main by our foreign propaganda. We feel strange like a man who sees his name first time in newspaper columns.

And if one is reasonable, one cannot ask a Finn to take up without perplexity and suspicion a book titled God Head, dedicated to “Katariina of Kukkulatie (Hill Road)” and the titles of the three parts of which are - Kullervo, Lemminkainen and Vainamoinen. And the fantastically excited and hysterical opening at which one glances with curiosity does not promise well. The more pleasant it is, at further reading, to find that the book is interesting in many respects and that it yet does not put our nationality in too bad a light.

Paul Kempf, the “I” of the novel, is a restless and somewhat eccentric seeker-soul who has worked as a barber surgeon, a sculptor and last as a communist agitator. As he is speaking in the Imatra Hall of Ironwood to Finnish miners, urging them to go out on strike . . .

Except for the “I” of the novel, all its characters are Finnish, and albeit this “I” is hysterically and eccentrically subjective and steals a correspondingly great deal of the scope of description, the remaining quantity of actual description of the Finns is nevertheless comprehensive to such a degree that it deserves special attention particularly here in Finland where so little is known about the Finns living in America. The author has spent long periods among the Finnish population living in the Michigan woodlands and met cultivated Finns in New York. And he has spent his apprenticeship well, made count­less, detailed observations, and thus managed to create himself a picture of the Finns that comes amazingly close to the truth. Of course he speaks about the Mongoloid origins of the Finns, the prominent cheekbones, and often disparagingly about their “brutality”. Exaggeration is likewise his talk about the Finns’ superstition and savagery - though this character may have devel­oped greater in American forests than in homeland. Equally mis­leading is his mention of some revolt in the latter part of 1870’s, and of certain customs, e.g. making the sign of the cross. But in spite of these slight lapses his observations are - from small detail, like picking superstitiously a needle from the floor, up to general Finnish characteristics - amazingly accurate and correct. His knowledge of the Kalevala and folk songs is excellent and his explanations for them often ingenious and opening new perspectives. It is typical of the author’s scrupulo­sity that he even gives the music for a couple of our most beau­tiful folk songs. Courageously he has introduced into the most mixed of world’s languages dozens of Finnish words, from sauna and puukko (knife) to linnunrata (galaxy) and sydänkäpy (sweet­heart). But this Finnishness is not just superficial, it has put its imprint on the description as well. Many landscapes and scenes are so genuinely Finnish that they could immediately be transferred to Finnish countryside. The author has in them managed to penetrate deep into the soul of Finnish nature and national character. As a sample of a small, truthful observation, let us give his description of a Finnish pirtti (log cabin):

“The scrubbing-brush had worn notches in the floor made of bare, unpainted bellows, and bright-colored rustic rag rugs had been spread on it. Some color pictures cut out of pictorials had been attached on the walls. In one corner, on a dresser, there was an accordion; and there was a painted book-shelf there, the shelves of which had a few books leaning against each other. Curtains made of flowery linen were hanging on one window.”

An excellent sample of the author’s insight is his ability to understand the psychology of such a strange object as a puukko:

“I hold it in my hand, grasp the small hook in my bel t, and hang it by the thin silver mounts, feel its sharpness against my thumb, clasp the haft and fling long strokes towards flicker­ing shadows. It makes me strong, it excites me with a wild sense of power.”

All in all, it can be said that the author’s observations are authentic, and the picture he creates of Finns is very sympa­thetic. 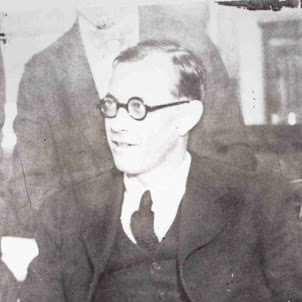